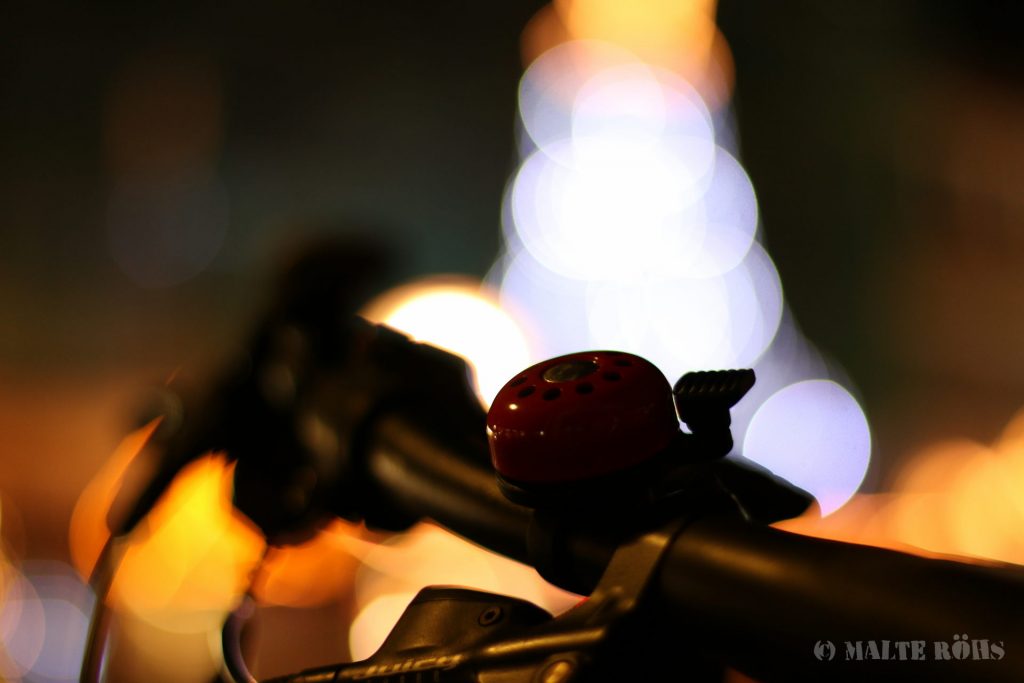 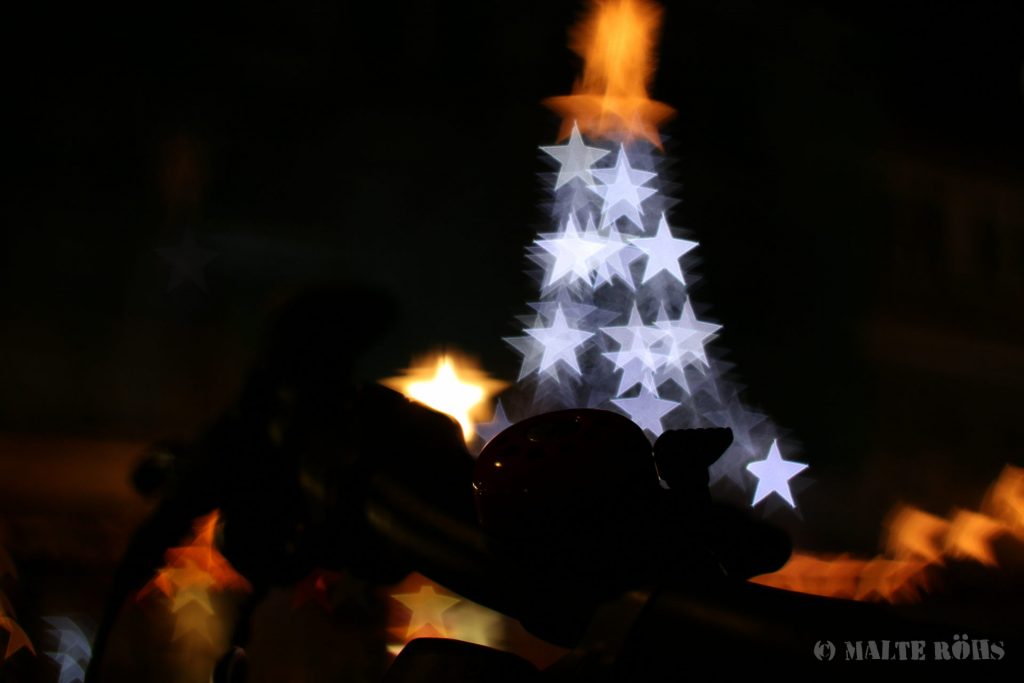 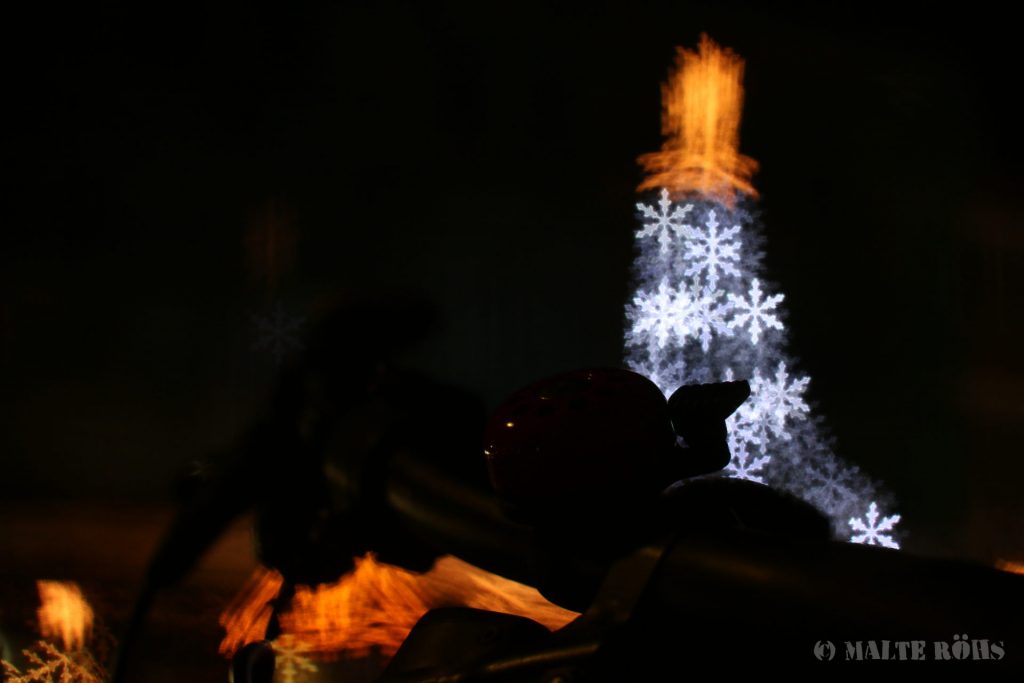 For my first version of my bokehlicious bokeh-pimper I simply used black cardboard and cut out a circle with the same diameter as my lens. Then I used a nail scissors and a razor blade to cut a small star in the center of the circle and attached the stencil with some masking tape to my lens. That’s it. Pretty easy! Now I could go out and shot lovely star bokeh pics.

But it had some drawbacks: Fist the star was cut by (my) hand and so it was not perfectly symmetric. Second the bokeh-pimper had exactly the size for a lens with 58mm filters. I could not use it with lenses which had a bigger diameter. And third attaching it with masking tape was not very stable and I had some annoying glue marks on my lens (which were easy to remove though).

To solve the fist issue I used a stamp machine which children use to have to stamp out the snowflake profile. You can buy it for 2-3 bugs in a craft shop. This resulted in a nice pretty symmetric shape and also you can get shapes that are hard to cut by hand.

To solve the second and third issue I bought a cheap “Cokin P” compatible filter holder. Because you do not mount the filter holder directly on the lens but on a ring adapter you also need one of those. The benefit is that you can buy ring adapters of different sizes and use them to attach one stencil to lenses with different diameters. So for instance I bought three lens adapter rings for lenses with 58, 67 and 72 mm filters.

So you see it is a very easy method to add some unconventional flair to your pics. There are lots of different shapes I could think of – hearts, clover leaves, Jim Morrison portais. Maybe one could get some inspiration from the stencil master Banksy… what do you think?

This site uses Akismet to reduce spam. Learn how your comment data is processed.